Bing Takes Another Chunk Out Of Google

|In Market Intelligence, SEO
|By Samueljunghenn

Experian Hitwise just released results that show Bing now accounts for just over 30% of all searches done in the US. This is made up of Bing partners like Yahoo, Facebook and of course Bing.com it’s self.

The growth over the last 3 months has been very steady and interestingly if you look at the charts by Experian Hitwise you will see in the same period that the number one search engine Google has drop every month.

Add to this, Bing’s plans to integrate their search with most of the major social networks like Facebook, Twitter, Quora, Linkedin and even Google’s own Google + (Ha!) and Google looks like it might get knocked off it’s dominant position within the next 12 months.

It appears that while Google is trying to take it’s share by being greedy and controlling everything Bing has taken a more entrepreneurial approach by collaborating with others. This seems to be working as Bing’s rise in market share is growing much faster than what Google did in the early days. 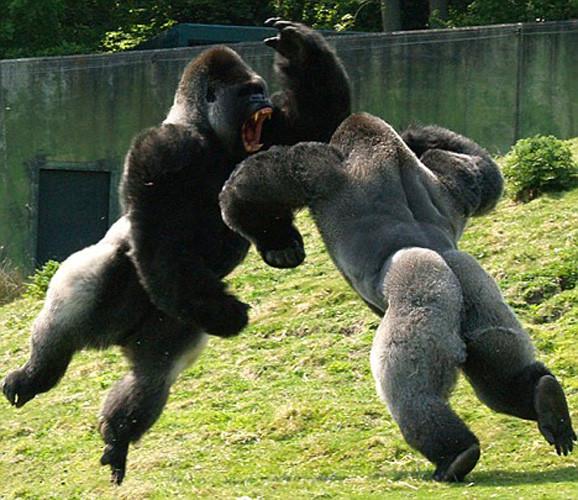 This is a big wake up for search engine optimisation companies around the world, especially with tsunami of trouble that Google has been causing with the latest updates to Panda and the new algorithm Penguin.

A few SEO’s have been talking about optimising for Bing for a while now but the trend hasn’t really caught on, however this clear movement away from Google can’t be ignored any longer.

While Google is still (even after Panda and Penguin) heavily weighted on the quantity and quality of backlinks, Bing seems to care less, but at the same time seem takes into account the anchor text of links more than Google does.

Where Do I Place My Bets?

With both search engine optimisation companies making hundreds of changes each year and appearing to go in different directions, SEO’s are going to have to choose which engine they are going to optimise for, because Google is heavily focusing on stamping out people that manipulate anchor text within the backlinks while Bing prefers it (for now).

This could create a huge split in that people optimising for Bing might be penalised by Google with their more aggressive stance on so called “web spam”.

With so many shifts going on at the same time across various Search Engines the only thing that is certain is that anchor text links will still be relevant for a long time, though the amount of backlinks seems to matter less, and social media is NOT a “Maybe” for SEO it’s a “Must”.

Which Search Engine do you prefer and why?

Samuel Junghenn is the Managing Director of Think Big Online and has over 12 years experience in Online Marketing. He is passionate about building businesses using the power of automation and the Internet along with the thrill of motor racing.

Bring on the Bing! This is great news. Google is too big, too impersonal. It knows way too much about me. When you search for something like a wooden bookshelf on Google, you then spend the next month having every manner of wooden furniture ad pop up. Google claims to be an open source but no one really knows what’s going on at Google. I think competition is just what Google needs.

“I think competition is just what Google needs.”
couldn’t have said it better Paul 🙂

Like the article, good stuff…one must remember though that “bing” is not a verb but “to google” is…

Google maybe in the dictionary Louise, but do they really deserve it?

I don’t prefer Google or Bing. I prefer Alta Vista. Bring back the basics. Stop the greed.

Bing is going to take over Google as soon as the public realizes that you can get gift cards for using Bing. Bing will PAY YOU to use its search engine. In my opinion, Bing has done a BAD job of marketing the reward scheme and as soon as people understand what they could get for using Bing, they will be faithful followers. I got a $5 gift card for Amazon without doing more than my normal searches. You can get Xbox points and Starbucks coffee…how is any of this going to keep people loyal to Google…

As for SEOs, my hats off to you guys, don’t know what you’ll do about optimization split.

I’m a Google girl all the way. Who wants Facebook following you around the internet? Who cares what San Francisco restaurant my friend’s friend recommends? More social infiltration on Bing’s system will mean I’ll have to create more blockers. Thanks, Bill Gates!

Mostly concerned with my website and whether or not people will ever find it on Bing. Any thoughts, Oh Great SEO Man??

as you can see the numbers are rising, so make sure you are doing all the right things for your site including submitting it to Bing Webmaster tools and there should be nothing to be concerned about.

Google have been the leader for years, everyone always tries to take down the leader. Google have managed to stay on top all these years by providing innovation into the marketplace others have tried but they arent in the same league as Google. I expect Google to be the front runner for many years to come.