|In For Fun, Social Media
|By Tricia Canlas

Twitter is one of the most popular online platforms for news, updates, and social networking where users post and interact with one another via trendy status messaging called “Tweet”.

In fact, this platform has become unexpectedly popular that even Jack Dorsey, Twitter’s founder, did not also expect his first Tweet to be a big hit.

And in this year 2018, this social media platform is also turning 12 years old on March 21, 2018, while Twitter users are still growing by numbers. 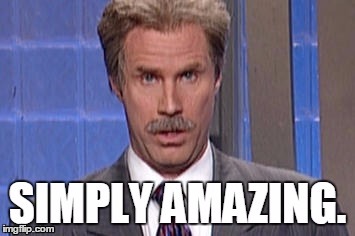 Now, let’s skip through the formalities and let’s talk about the Most Interesting and Useful Facts About Twitter this 2018.

1.Twitter was almost named “Friendstalker” – well it may not be named this way today but don’t you just feel guilty about stalking your friend on Twitter since it has become the world’s second social platform when it comes to sharing their feelings, moods, what they are doing, and more.

2.There is only 330 Million monthly active users in a total of 1.3 Billion accounts created. This number also includes bot accounts, users who created Twitter but wasn’t that into it and accounts that weren’t verified.

3.Most of the Twitter users are from the United States of America (USA). So don’t miss out! If your business is based in the USA – you might as well need to consider creating a Twitter account.

4.707 is the average number of followers on Twitter. If you are below this numbers but would like to start building your following empire. You need to keep applying the best practices of Twitter.

You may also like Most Common Social Media Best Practices That Are Actually Myths.

5.Katy Perry holds the record for the highest number of followers (108 Million) on Twitter.

7.77% of Twitter users feel more positive about a brand when their Tweet has been answered by the brand.

8.76% of consumers are likely to recommend the brand by just experiencing a friendly and witty customer service experience.

With all these interesting and useful facts about Twitter. Choosing a Social Media platform for your business still depends on what niche do you belong to. As the saying goes – “Be where your customers are.”  Numbers and statistics can serve as your initial guide to success. But, your decisions and campaigns will still be the main contributing factor to your business success.

In case you are determined to be a successful business owner or an aspiring Facebook advertiser, you can also join our Free Facebook Training that can generate leads for as low as $10 per day.

Tricia Nichole Canlas is a Certified Digital Marketer who specialises in Social Media Marketing. She is also Google Adwords, Twitter Flight School, and Facebook Blueprint Certified. When she's not hustling enthusiastically with content plans and deadlines, she loves to keep up to date with the latest social media trends.